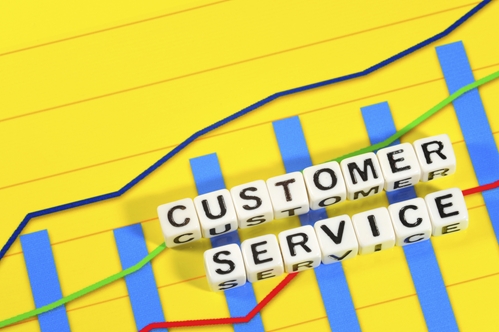 The customer service and price small insurers provide has led to improved satisfaction among policyholders.

In a surefire win for the independent insurance agency industry – and the insurance professionals who represent them – small insurers are at the top of the producer food chain when it comes to customer satisfaction, a recent survey suggests.

For the first time since 2010, policyholders have better things to say about small insurers than they do large insurers, a poll by J.D. Power and Associates found. Generally speaking, large insurers tend to be captive companies – those that sell coverage from one provider.  According to the Independent Insurance Agents & Brokers of America, approximately 33 percent of the 37,500 independent agencies currently in operation are small.

Satisfaction down three points for large insurers
Part of the reason small insurers made headway in policyholders’ esteem is the cost of coverage. Large insurers experienced a three-point decline in customer satisfaction – on a scale of 1 to 1,000 – while sentiment with small insurers rose compared to the poll done the previous year, J.D. Power reported from its findings. Indeed, of all the factors respondents weighed to assess their satisfaction, price was the single biggest mover, propelling sentiment to 815 compared to large insurers’ 814.

Greg Hoeg, vice president of insurance operations at J.D. Power, indicated that in addition to affordability, independent agents are representing providers quite well.

“Price perception among customers of smaller insurers is likely influenced by the fact that they frequently select their insurer with the help of an independent agent,” Hoeg explained. “Smaller insurers benefit from the personal interactions provided by their agency force, including their ability to educate customers about the value their policy provides.”

Not only that, but the services independent agents provide go a long way toward making customers happy and content. In a separate satisfaction study also spearheaded by J.D. Power, satisfaction topped 880 when agents filed their clients’ claims, a stark contrast to the 858 score for claims submitted to a call center.

Mark Garrett, director of insurance industry analytics at J.D. Power, noted that while captive insurance agencies have their advantages – like convenience – the human element independent agencies specialize in pays dividends.

“Technology offers a customer more options, [but] what we find is that even when customers file a digital claim they still want to talk with someone to get an explanation of the process, what to expect along the claims pathway and the timing,” Garrett explained. “Even the younger generations, which are most comfortable using digital channels, still want to talk with someone.”

He added that technology is best administered when it’s used as a supplement rather than a replacement, such as by enabling policyholders to receive push notifications on mobile apps.

“Creating efficiencies for clients is key,” Bramlette said. “We must stay on the cutting edge in that regard. However, we will always believe that the best way to take care of our clients is through client-facing communication.”

Because independent agents don’t represent one single insurer, they’re not beholden to anyone, as may be the case with captives. As a result, they can provide insight that can help carriers grow.

For example, in a Channel Harvest Research poll sponsored by Insurance Journal, over three-quarters of respondents said the agencies they most preferred – or recommended to their clientele – had superior claims service.

“Agents are saying, ‘You’re doing well on these things but we need more,'” Channel Harvest research director Regis Coccia said. “Those are the kinds of discussions you hope to see taking place when agent advisory councils meet.”

More pluses with independent agents
As noted by financial advisory website The Balance, both captive and independent insurance agencies have their strengths, with captives’ largest advantages being speed and convenience. However, the perks are more numerous with independent firms, which include personalized services, localized assistance, and frequently a greater variety of discounts than e-commerce insurers.

“When we do a risk assessment on behalf of our clients, we prioritize the various types of business, strategic and hazard risks they are facing,” Bramlette said. “Policyholders need an agency that has a true risk management process that identifies and improves multiple risk areas, can explore multiple options and ultimately drive down insurance costs.”

At PayneWest Insurance, we know how important relationships are to our clients. We place a premium on maintaining your trust and understanding your insurance needs from the get-go. There are a wealth of factors that have to be considered to obtain coverage that will come through in the clutch. As an independent insurance agency, we have the resources to set you up with the right carrier and agent that match your needs and budget.