5 rules to live by for trampoline safety 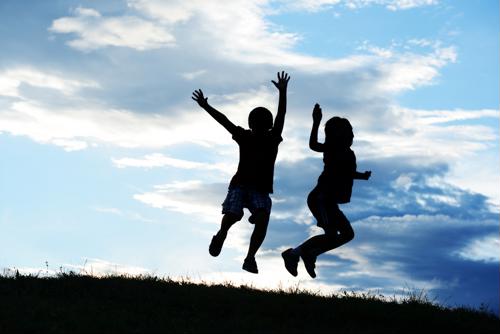 If you're considering buying a trampoline for your jumping Jack or Jill, make safety your top priority.

Trampoline fun is the stuff of rambunctious children’s wildest dreams. And who can blame them? When driving past trampolines set up in backyards and recreational areas, it’s hard not to fondly recall days of youth spent leaping on those springy surfaces, aiming to see if you could outperform your friends’ impressive heights. In many respects, trampolines serve as ideal outlets children can use to exercise, as well as stay active and off of their video gaming systems.

All too frequently, however, trampoline revelry ends in a medical emergency, often requiring trips to the hospital for treating bumps, bruises and broken bones.

Over 250,000 trampoline injuries annually
In 2014, the most recent year for which data is available, close to 286,000 people nationwide were admitted to medical facilities for trampoline-related injuries, according to the Consumer Product Safety Commission and the American Academy of Orthopaedic Surgeons. Of these, more than a third were urgent situations, requiring those affected to be treated immediately.

Furthermore, the vast majority of trampoline-caused injuries impact children, usually between the ages of 5 and 14 years of age, the AAOS and CPSC noted.

Even though there’s greater awareness today about how to avoid recreational accidents, preventable injuries remain quite common, perhaps because there are more outlets though which people can be seriously hurt. In 2016, unintentional injuries killed 161,374 Americans, according data compiled by the National Safety Council. That’s a 10 percent increase from 2015 and the largest year-over-year uptick in more than 80 years.

“Our complacency results in 442 deaths each day,” warned Deborah Hersman, NSC president and CEO. “For years our country has accepted unintentional injuries as an unavoidable reality. The truth is, there is no such thing as an accident.”

Hersman elaborated by noting that injuries occurring on a daily basis can be easily avoided by implementing the proper safety protocols.

This is certainly the case for trampolines, as these recreational items can be used without issue, so long as the appropriate precautions are taken. Here are a few safety tips to keep in mind if you plan on purchasing a trampoline or already have one but want to ensure appropriate use:

1. Establish and enforce rules
Residential trampolines are often large enough to allow for more than one person to use them. However, injuries frequently occur when several are on the recreational device at once. The American Academy of Pediatrics urged parents to make sure trampolines are used one at a time. Additionally, “circus acts” should be strictly forbidden. These include somersaults, backflips and other aerial manipulations, which can result in injury if kids land awkwardly. You may want to have them sign a contract, promising to not perform any of the banned moves.

2. Keep watch at all times
When kids know they’re under adult supervision, they should be less likely to engage in risky maneuvers. Whether you’re outside with them or watching from the interior of your house, make sure you keep an eye out for what they’re doing so they know you mean business when it comes to playing responsibly.

3. Install padding along the perimeter
Even when your kids are using the trampoline in the proper manner, one false jump can send them tumbling over the sides, onto the hard ground. Prior to setting up the device, check to see if the manufacturer sells safety equipment separately. If it doesn’t, you should be able to purchase protective padding or a net enclosure that will work on any generic trampoline. Just be sure that the dimensions match up.

In addition to the recommend safety equipment  for the trampoline, Brian Daubert with PayneWest recommends parents insist that participants wear some type of protective head gear to limit the chance or severity of a head injury.

4. Give equipment a checkup regularly
Trampolines are like any other form of equipment: They’re subject to wear and tear, often depending on how frequently they’re used. Get into the habit of checking the various parts of the trampoline, making sure they’re in good working order. For example, the legs of the trampoline should come with locks, which prevent the legs from collapsing. See to it that these safety measures are in the proper position and all screws are snug.

5. Talk to your insurer
When you purchase a trampoline, you’re adding something to your residence that your insurance company needs to know about. Medical injuries may be covered through your homeowners insurance plan, but this may not be the case if the trampoline was installed after the policy went into effect. Make sure to inform your insurer about your purchase. From there, you can determine how it will impact your coverage so you’re not hit with any unfortunate surprises if an injury requires medical treatment.

Daubert warned that if you do not inform the insurance provider of the trampoline and there’s an accident, the claim may note be honored and may even result in the immediate cancelation of the policy.

Moms and dads have a responsibility to keep their kids and their kids’ safe. By being engaged and proactive, the kiddos can jump to their hearts’ content and reduce their risk of injury, thereby avoiding the potential for liability.