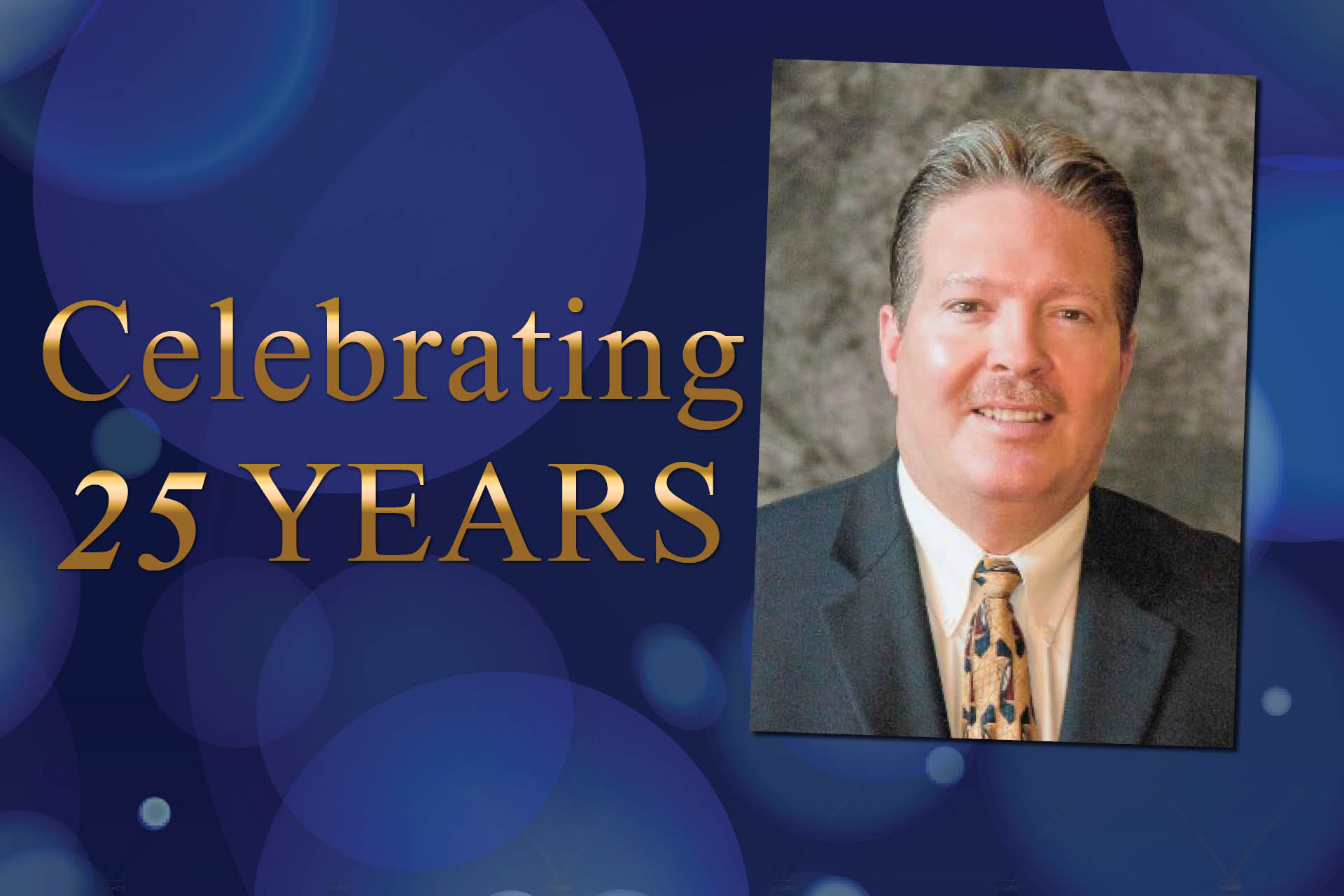 Business Insurance Sales Executive, John Mostoller, is celebrating his 25-year anniversary with PayneWest. In 1981, John began his career in the insurance industry with Walton-Mostoller Insurance. His father, Roger Mostoller, was the agency principal and a long-time industry veteran. John spent the next 11 years under his dad’s tutelage honing his insurance knowledge and skills. In 1992, Spencer Kinney bought the agency and John joined their team. With Spencer-Kinney, John serviced all types of business accounts including farms, wineries, orchards and contractors with bonding needs. He established a Contractor’s division within the agency. Eventually, John assumed the sales manager role for Spencer-Kinney. When Spencer-Kinney was purchased by Western States Insurance in 2004, John became the branch manager for the next seven years. When Payne Financial acquired Western States Insurance and formed Paynewest Insurance, John became a regional sales director for three years. Today he is back in the production role of business insurance sales executive and enjoys working with his clients to help them reduce their overall risk.

John is a Tri-City native, has a wife and two daughters, plus an Australian Labradoodle who thinks he’s part of the family. As a Christian, John believes in giving back to the community. John has been active in Kiwanis [a past club president], and several other activities including the Tri-City Water Follies-aka the “boat races.” John is also a past president of our local Independent Insurance Agents of Benton-Franklin Counties.

PayneWest is beyond grateful for our committed colleagues and we glad to have John as a part of the PayneWest family. Congratulations John on your 25-year anniversary and we look forward to many more.

You can contact John Mostoller at (509) 946-2627 or by email at JMostoller@PayneWest.com. Find all of us at PayneWest.com/about-paynewest/directory/.

PayneWest Insurance is the Northwest’s premier insurance agency. Operating independently since 1921, PayneWest Insurance provides business and personal insurance, employee benefits and surety. Today, PayneWest is ranked in the top 50 U.S. Brokers by Business Insurance in 2016. Driven by their commitment to serve their Clients, Colleagues and Communities, they have 31 offices throughout Washington, Idaho, Montana and Oregon and employ more than 650 insurance professionals, including teams that specialize in highly complex market niches such as agriculture, construction, hospitality, banking, medical malpractice and resource development. They recently were named a Best Places to Work in the Insurance Industry in 2015 by Business Insurance.