How to respond and react to a flood 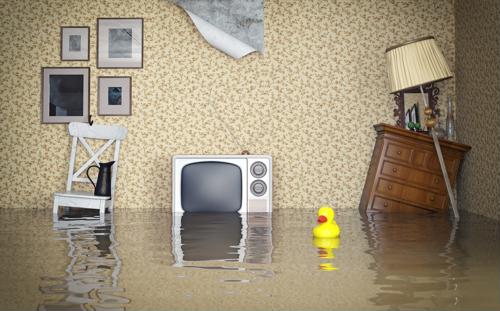 You can dampen the effects of flooding through preparation.

Every part of the country has its positives and negatives in regards to weather. In the Northwest, you’ll be hard-pressed to find a better area for dry warmth in the summertime, as conditions tend to be much more comfortable than the oppressively humid Southeast. At the same time, though, cloudy skies are fairly frequent in contrast to the Sunshine State of Florida.

“Flooding is a risk that every part of the country shares in common.”

But there’s one weather-related reality that every part of the country shares in common: flooding. Floods are an equal-opportunity offender, capable of causing substantial levels of damage as a risk factor of virtually every kind of storm, including tornadoes, hurricanes, snow events and torrential downpours.

Flood insurance provides homeowners with the funding they need to pay for repairs should they be affected, yet only 12 percent of Americans are covered, according to the Insurance Information Institute.

You can’t prevent a flood from happening, but there are steps you can take that may suppress the effects. Here are a few tips from the Federal Emergency Management Agency to take before, during and in the aftermath.

A flood is an experience no homeowner or renter wants to go through. But at PayneWest Insurance, we’ll do our best to make the claims process as painless as possible.

If you’re unsure if your home is covered or want to speak someone to about flooding insurance, hit the button and we’ll get to work.