Are you protecting your biggest investment? 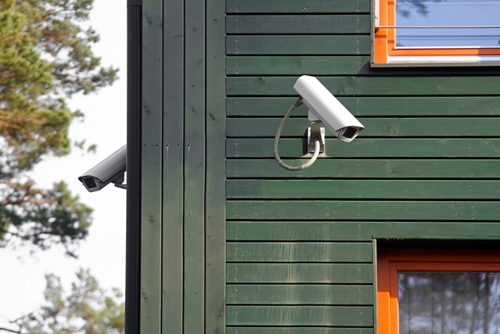 If your home is your biggest investment, are you doing everything possible to ensure it stays safe?

Buying a home – whether it’s your first or one of several over the years – is not only a major responsibility but also a significant investment. Indeed, homeownership is something that 85 percent of Americans believe is a smart financial decision, according to a poll done earlier this year by the National Association of Realtors. It’s little wonder why so many people feel this way, as the home is where lives are built and serve as sanctuaries from the cares of the world.

But with life being what it is – endlessly unpredictable – a variety of events can happen that put a home’s sanctuary status in jeopardy.

Fires caused $10.6 billion in property damage in 2016
Not the least of these are fires, which are more common than you may believe. In fact, according to statistics from the U.S. Fire Administration and the National Fire Protection Association, more than 1.3 million blazes were reported to safety officials in 2016. These resulted in more than 14,650 injuries – typically involving homeowners – and north of $10.6 billion in property damage. The two leading causes for structure fires were cooking and heating equipment. Tragically, thousands of people lose their lives from these events, with nearly 3,400 civilian deaths reported in last year. Annually, more Americans die from fires than all natural disasters combined.

Another safety risk is often taking place when no one is at home – or at least when criminals expect this is the case – 70 percent of all break-ins impact residential properties, according to government data. Somewhat surprisingly, most of these illegal entries occur in the late morning to mid-afternoon hours, between 10 a.m. and 3 p.m. The FBI chalks this up to the fact that this is usually when family members are away from their domiciles, whether at work or school. Interestingly, however, a majority of burglaries reported to area officials occur when at least one person is in the house. Even more frightening, roughly 10 percent of robberies are committed by entrants carrying a firearm, according to the FBI.

How can you protect your home?
Of course, there are a variety of methods that can reduce the commonality of these occurrences, or at the very least, diminish their impact. In the case of fires, for instance, most homes come equipped with smoke detectors, alerting residents to potential conflagrations that may be occurring throughout the home. Yet according to the NFPA, these alarms often go unequipped, perhaps due to individuals believing that they’ll never be impacted by fire. But between 2005 and 2009, approximately 66 percent of all home fire deaths in the U.S. were in houses where they weren’t installed or were inoperative.

Similarly, break-ins likely wouldn’t occur as often as they do – or be as devastating – if more homeowners had security systems set up. However, because so few have them installed, only13 percent of all reported burglaries are ever solved by police officials, according to the FBI. And just 15 percent of the belongings stolen are returned to their rightful owners.

New initiative with McCall Homes
What’s the solution? Aside from homeowners insurance, increased vigilance and added awareness to these potential risks, a good place to start is with a home security system. Here at PayneWest Insurance, we’ve teamed up with McCall Homes so policyholders will make home security more of a priority.

“Clients who work with and buy from McCall understand the importance of quality and security,” said Brett Arnold, personal lines sales executive at PayneWest Insurance. “Protecting their home is just as important. The right coverage for the expected quality for someone’s most prized possession is a must.”

Not only do surveillance systems bring added peace of mind, but they can also bring a variety of cost savings, including discounts on homeowners insurance and additional rebates with extra safety installations, such as for carbon monoxide. An odorless, colorless substance that can be deadly when inhaled in large quantities, carbon monoxide usually derives from leaks in heating equipment, such as furnaces, fireplaces or even dryers. The exhaust from running cars can also lead to carbon monoxide poisoning.

Surveillance cameras are highly effective
Home security systems don’t only bring added safety and potential cost savings, but they’re also genuinely preventitive. A comprehensive study done a few years ago by researchers from Rutgers University determined that “a steady decrease in burglaries in Newark between 2001 and 2005 coincided with an increase in the number of registered home burglar alarms.” This determination corroborates a similar study done in the mid-1990s by analysts from Northeastern University.

“This is the most comprehensive study of its kind that has ever been conducted,” study author Dr. Seungmug Lee noted at the time. “By using sophisticated in-depth research techniques, we were able to eliminate the variables that impact crime rates and focus directly on the impact alarm systems have on residential burglaries.”

Lee said that the speed with which technology has developed has made high-quality surveillance equipment, formerly only readily available to industries and major businesses, something that homeowners can easily implement.

However, the key phrase of this added advantage is “implement.”

“Better built homes protected by coverage that is the right fit is crucial,” said Arnold. “Make sure your assets are covered correctly and make sure you understand what your coverages are.”

For more information on how you can better protect your biggest investment – and the precious belongings that you hold dear, both living and material –  ask your PayneWest Insurance representative about our home security campaign.