5 ways to steer clear of deer 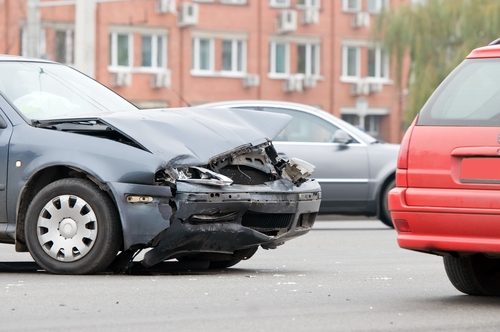 Premiums are higher in Oregon, largely due to car accidents and the injuries that result from them.

The nation’s highways are packed with drivers – a trend that’s seemingly unending, as in the first half of 2017, motorists logged a whopping 1.5 trillion miles, according to the Federal Highway Administration, a more substantial total than the initial six months of 2016.

But it isn’t automobiles that are taking up more space on the roadways these days; the same can be said for deer – a truly dangerous combination when wildlife and motor vehicles collide.

Montana top state for deer crossings
Although mating season is traditionally in the fall – specifically October through December – deer strikes take place throughout the year, particularly in rural areas where forestry is replete. Montana is one of the states that sees a high amount of deer crossings. Several analyses indicate as much, including recent analysis drawn from FHA data, which found Montana motorists had a 1 in 57 chance of running into a deer last year, up 2 percent from 12 months earlier. By way of comparison, there was a 1 in 973 likelihood of colliding with a deer in Arizona in 2017, one of the states where strikes are rather rare.

“Most wildlife struck in Montana are white-tailed deer.”

This isn’t a recent phenomenon either, as Montana residents have long had to be mindful of wildlife darting across the roadways, according to the Montana Department of Transportation as well as the Center for Large Landscape Conservation. Between 2010 and 2015, of the approximately 37,000 forms of wildlife that were struck or killed by a car, two-thirds were white-tailed deer.

Tragically, deer rarely survive these collisions, and many individuals are seriously injured or worse. Federal data shows that wildlife collisions result in 29,000 injuries per year in the U.S. overall and 200 fatalities.

Adding insult to injury is the cost of fixing auto damage resulting from hitting a deer. The cost largely depends on the significance of the impact, but generally speaking, with a comprehensive insurance plan, the average claim cost runs around $2,730, according to calculations done by the Highway Loss Data Institute.

Deer – and wildlife in general – are unpredictable creatures that never fail to startle when they come out of nowhere. But there are a few things you can do to reduce the chances of running into one or at least lessen the damage if in an accident. Here a few of them:

1. Watch for signs
Pay attention to the signs on the sides of the road. If there’s a deer presence, you should see a yellow, diamond-shaped sign that depicts the shadow of a deer. Be careful not to over-rely on them, though, as deer migrate, showing up in areas they weren’t previously.

2. Go the speed limit
You should always follow the rules of the road, but going the posted speed limit is particularly important in places known for deer because a high rate of speed increases the chances of a crash being serious. It also requires more time to slow down when applying the brakes. PayneWest Insurance personal lines sales director Brian Daubert recommends reducing your speed by at least 5 miles per hour below the limit from dusk through the dawn in areas where visibility is poor.

3. Blare your horn
Your horn is there for a reason – to raise alarm whenever necessary. A deer in the road certainly applies. Pressing the horn firmly should be enough to get it to move.

4. Stay off your phone
All it takes is a second of inattention to cause an accident, a fact that is especially true when it comes to wildlife. Keep your eyes on the road at all times by avoiding distractions, such as handheld devices.

5. Don’t swerve
You may encounter situations where running into a deer is unavoidable. In these scenarios, do your best to apply the brakes as quickly as you can and brace for impact. You may be tempted to swerve, but doing so may risk a rollover or a multi-car collision.

You never know what may happen when you’re on the roads. Comprehensive auto insurance can enhance predictability by covering what a basic policy doesn’t. We can set you up with the policy that makes sense for you and your driving situation, whether you live in the city, suburbs or countryside.