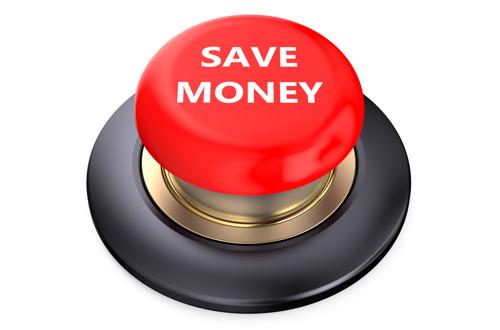 Saving money can be found by adjusting your car insurance policy.

Everybody wants to get the most bang for their hard-earned buck, whether it’s in the grocery store, on vacation or out and about taking care of errands. This aim most certainly applies to purchasing auto insurance. Indeed, polling conducted by comScore has routinely found that a majority of consumers who shop around for an alternative car insurance policy in any given year do so in an attempt to spend less on premiums.

But have you ever thought about what actually goes into affordable car insurance? In other words, are there certain factors that make low-cost auto insurance possible, or is it merely a function of the company that’s making the coverage available?

It’s a little bit of both, but for the most part, affordable coverage is fueled by the choices, risks and credit profile of the individuals being insured. Here’s a peek under the hood into what makes low-cost coverage a legitimate option:

1. Safe driving record
People who always drive defensively are doing more than just making the roads safer, they’re also helping to keep premiums as affordable as possible. When accidents transpire, the damage that results can be quite costly for all parties involved. The costs can be particularly expensive when motorists aren’t insured, as someone has to pick up the tab for repairs, and that someone is usually the insurer. This is part of the reason why premiums vary as much as they do, as insurers have to cover their bases to remain financially sustainable. Policyholders who obey traffic laws and maintain a clean driving record tend to pay less in premiums because they’re considered a safe coverage risk, noted Justin Montelius, personal lines sales executive at PayneWest Insurance.

“Having a clean driving record positively affects the premium of the individual,” Montelius said.

2. The car you drive
There are literally thousands of options to choose from when you’re in the market to purchase a new or used car and the vehicle you decide on plays a role in how much you’ll spend in insurance premiums. You’ve probably heard the notion that insurers take the color of vehicles into account, raising premiums on cars that are flashy because they’re more likely to be pulled over by traffic enforcement. But as the Insurance Information Institute has stated on numerous occasions, this is a myth, based on no facts whatsoever. Premiums are, however, dependent on the make and model because some parts are more expensive to replace than others. This is particularly true of brand new vehicles compared to used. Generally speaking, a used or pre-owned vehicle will have lower premiums than a car that’s purchased straight off the showroom floor.

“Having a brand new vehicle versus a few years old will also affect the premium based on the cost it would take to repair it,” Montelius explained. “Many carriers also offer a discount based on the amount of miles you drive a certain car every year.”

3. Your credit standing
You’ve probably heard from financial experts about the importance of establishing a good credit profile. There are many reasons for this, but one of the main ones is it increases your chances of being able to borrow at a low rate of interest. Rates can fluctuate higher or lower based, in part, on how timely borrowers are in paying off their debts.

Insurers take a similar approach with premiums, as numerous studies have shown people with good credit tend to file fewer claims, according to the Insurance Information Institute. Thus, if you have a high FICO score, you’re more likely to pay less in premiums.

4. Type of policy
Insurance policies aren’t all built the same. In other words, even though just about every state in America requires you to have liability auto insurance, some plans include coverage that go above and beyond what’s included in standard liability. For instance, if your car is damaged due to severe weather – like hail or flooding – liability alone won’t cover the costs. Comprehensive, on the other hand, likely will, minus the deductible which is the responsibility of the vehicle owner. Talking to your agent can help you decide if comprehensive coverage is the best option. Depending on driving habits and where you live, you may be better off purchasing a bare bones policy.

5. How far you drive
If you’re someone who works from home, you’re drive time may not be all that much. But if you’re like most people and have a commute, your vehicle is a main source of transportation. As such, how frequently – and how far – you go plays a role in how much you spend on premiums. Generally speaking, miles traveled has a direct relationship with the cost of premiums – rising the farther that you go. Talk to your insurer about ways you can drive less, saving you both money and time.

Everyone has idiosyncrasies that makes them truly unique. The same standard applies to car insurance and the factors that influence the cost of coverage. Talk to your agent who can set up a policy that works best for your individual situation and budget.