3 ways to protect your home against summer storms 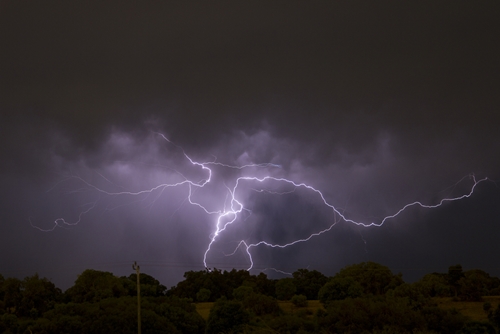 Summer storms are nothing to fool around about and require serious preparation.

Summer in the Pacific Northwest is one of the region’s more enjoyable periods each year. When the sun is shining and warm temperatures are paired with dry conditions, it makes for the perfect antidote to winter’s wrath.

Yet at the same time, when clouds gather and the atmosphere destabilizes, the season can be downright dangerous for homeowners who aren’t protected.

Hail events strike hard
On the East Coast, it’s hurricanes that coastal residents have to prepare for, and according to the National Oceanic Atmospheric Administration, this year could be an abnormally active season for tropical storm development. Hurricanes are rare in this part of the country and typically less damaging than the average storm of their kind, but what they may lack in gale-force winds they make up for in heavy downpours, often in the form of hail.

According to statistics collected by the Insurance Information Institute, Washington is in the top five states for hail-related property damage, but atop them all is its neighbor to the south. In terms of average claim severity, Oregon is the lead state for losses caused by hail, based on data between 2000 and 2013, with Idaho in second.

In other words, when hail falls in the Pacific Northwest, Mother Nature doesn’t fool around.

“June, July and August are the peak months for thunderstorms in Montana.”

Thunder and lightning activity can also be prevalent. According to the Western Regional Climate Center,  the peak months for thunderstorms in Montana are July and August, averaging 10 so-called “thunderstorm days” per month in Whitehall and nine in June.

Regardless of how busy the summer storm season is, it’s important to be ready for whatever the weather brings. The following are a few recommendations that you should consider implementing to make your property more storm resilient.

1. Install a lightning rod
Lightning strikes somewhere on a regular basis, and unfortunately, frequently causes destruction. In fact, according to the III, roughly 100,000 policyholders in the U.S. filed insurance claims in 2015 because of lightning damage.

One of the best ways of protecting your house from a direct hit is with a lightning rod. By investing in a lightning protection system, the repercussions of a strike can be avoided, which may include fire, fried electrical circuitry and damaged computer systems.

But first, Scott Sherbourne, PayneWest Insurance vice president of personal lines, recommends talking to an electrician about a surge protector.

In a similar vein, lightning protection systems can keep replacement costs to a minimum, noted Kimberly Loehr, director of communications at the Lightning Protection Institute.

“Just as smart homes provide the ultimate in safety and comfort, lightning protection systems ensure that state-of-the-art home automation systems aren’t damaged by direct or nearby lightning strikes,” said Loehr. “Lightning’s harmful surges can damage these internal building systems, which can be quite expensive to restore.”

The LPI has a handy search tool on its website that can help you locate a local installer.

2. Shore up your emergency kit
An emergency kit is the go-to tool for many homeowners when things go wrong. But as with anything, it needs to be properly maintained in order to be effective and provide solutions to summer’s weather woes, like power outages, wind damage and heavy downpours. The Federal Emergency Management Agency has a website devoted to storm readiness, noting specifically what items ought to be included in a preparedness kit. It also explains the frequency with which certain supplies should be swapped out if they haven’t been used.

You should also take an accounting of your possessions by taking an inventory, advised Sherbourne.

“Most people don’t know what is kept under the kitchen sink, let alone all the shoes, dresses, shirts, suits, and socks in their bedroom closet,” Sherbourne said. “I remind my clients to keep the video camera or iPhone on during birthday parties and Christmas to update their personal inventory.  Having a picture is worth a thousand words when it comes to listing your personal property after a claim.”

3. Update your homeowners insurance policy
When is the last time you took a look at the coverage your policy includes? If it’s been a while, or you’ve made some renovations to your house, it may be time to give your homeowners insurance coverage a review. Being underinsured is a common problem that often only comes to light when making a claim. You can avoid this issue by being proactive.

Here at PayneWest Insurance, we’re more than happy to help you with your insurance needs. Your valuables are important, and with the right policy, you can keep them protected from summer storms in all their forms.